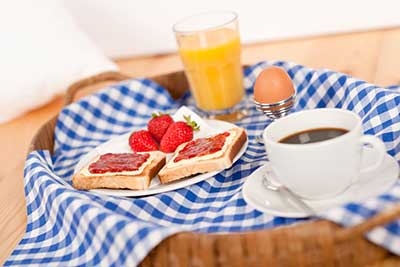 You’ve probably heard this enough times in your life that you believe it to be true purely from repetition alone: “Breakfast is the most important meal of the day.”

What’s interesting is that there has been some actual scientific research conducted to determine if there is any truth behind the old saying.

How many of you think that “breakfast kickstarts the metabolism” or “…prevents your body from going into starvation mode” ?

Accepting these anecdotes as facts might be closing the door on ways in which you can control your dieting habits to good effect. To slimming effect. 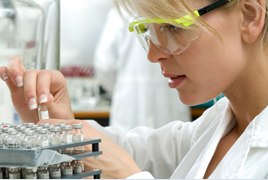 It probably looks like we were giving science the hard sell in the introduction, but the truth is – even science isn’t conclusive enough to give us a definitive answer.

One observational study tells us that people who don’t eat breakfast tend to be heavier on average, which might imply that missing the morning meal adversely affects metabolic rate, or, makes you eat more over the rest of the day.

However, the study didn’t question the original reason people might have skipped breakfast, one of which is: to lose weight.

Clinical trials are divided on the matter. Some say missing breakfast can increase overall calorie intake over the day, and others contradict it.

What is generally agreed upon is that trying to force your body to do something against its natural eating inclinations is more likely to cause weight gain.

Effect on Eating Throughout the Day

Missing breakfast doesn’t necessarily make you overcompensate at lunch, dinner or in between. However, if you eat breakfast every day and suddenly cut it out then you could feel hungry and eat more.

Besides that, it might not cause a calorie deficit either.

Basically, if you change your routine or try to ignore hunger rhythms it might go against you. Sustainability is the key. Only do what you can maintain.

It has not been proven that your metabolism can be kickstarted by having breakfast. Neither has it been shown that Resting Metabolic Rate (RMR) is lowered if breakfast is missed.

Of course, eating less calories in a day overall compared to base metabolic rate (BMR) will cause the RMR to decrease, but whether it is from missing breakfast or just eating less throughout the day as a whole doesn’t make a difference. 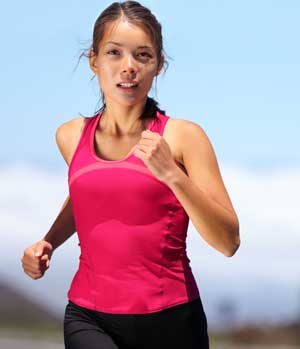 There has been speculation that skipping breakfast and exercising – or exerting yourself physically in any way – on an empty stomach somehow enhances fat loss.

Not true, or at least, nothing has been found to support that theory. Also, people who miss breakfast tend to preserve energy by being less active on the whole.

Intense exercise is not recommended on an empty stomach. Light exercise is fine, but it means eating afterwards, especially protein, is doubly important to maintain muscle mass.

Twenty to 30 grams of protein (whey protein shakes are good when you’re in a rush) is a good replenishment if you go jogging or do a light workout on an empty stomach.

Is It Healthy to Miss Breakfast?

All of this talk of losing weight and exercise performance is fine but what if it’s simply damaging to your health to leave breakfast out of your routine.

There is no real evidence to suggest it is harmful. The only potential negative effect seems to be related to glucose / blood sugar regulation. It’s therefore advisable for anyone with insulin / glucose / diabetes related issues to (a) follow their doctor’s advice on nutritional intake and (b) don’t introduce any dramatic changes to their routine.

As you can gather, for the average person, it is hardly a problem to miss breakfast, so long as you make up for any missed nutrients throughout the day.

Some people should NOT be skipping the first meal of the day, however, including: 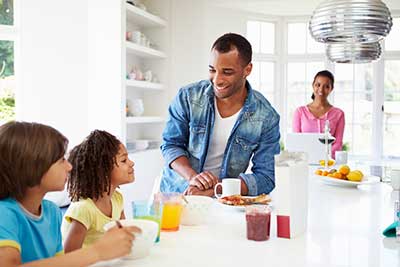 In short, if breakfast (or even a substantial breakfast) is not something you want or feel like having, you don’t have to. A cup of coffee is fine.

If you feel you want a little something then that is fine also. A piece of toast or a banana is perfect for you.

People looking to lose weight should remember a couple of things. Missing breakfast can be a valid part of that strategy but you have to be careful not to be sedentary / lazy as a result, OR, overcompensate by eating more than you would later on.

Weight loss happens as a result of taking in less calories than you expend. The method by which this happens is much less important.